Although floods as a natural phenomenon have always occurred, cannot be ruled out in the future and are, in principle, beneficial for the “health” of the river and floodplain ecosystems, the flooding caused by them causes millions in damage to the economy and population of Moldova and Ukraine and takes a death toll of dozens of people annually. The local population suffers the most as it is not always timely warned of floods and is not fully trained in how to act in case of floods.

Thus, based on the results of flood simulation modelling in Mohyliv-Podilskyi (which was conducted within the framework of previous Dniester projects), one of the regularly flooded Ukrainian cities in the middle reaches of the Dniester, given a hypothetical 15% increase in the water volume of flood with one percent probability, the maximum water level there would increase by 1.3 meters (13%) and the flooded area would increase by 20% compared to today’s level.

Similar consequences can result from an increase in the water volume of devastating floods in towns and townships in Moldova. In August 2015, the flood risk modelling and mapping in the Dniester delta area was completed for floods with 1% and 0.5% probability (a chance of flood occurring once every one hundred and two hundred years, respectively) and for a disastrous flood taking into account climate change. These works were carried out in cooperation with the Moldova flood protection project financed by the European Investment Bank and prepared by BETA studio, an Italian company.

The Dniester has a highly specific flood regime, featuring up to five flood events annually. During these events, water levels in the river may increase by 3-4 m, and sometimes even more. The Dniester river discharges, recorded during a flood event, are significantly higher than those occurring during a spring high-water period. The significant rises in water levels formed in the Carpathians are attributed to the river channel’s low capacity. The capacity is limited by the steep slopes of the river valley and the narrow floodplain, which is virtually non-existent in some locations. 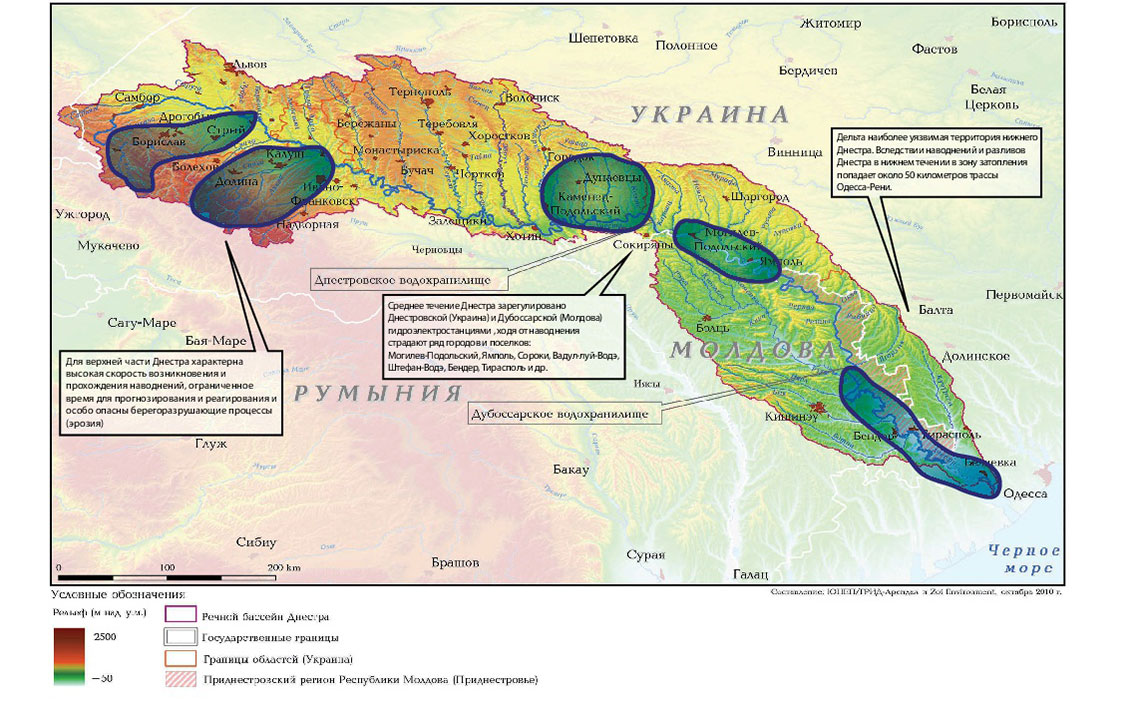 Img 1.1. Sections of the Dniester basin with increased vulnerability to floods and insufficient capacity to inform the population and local authorities (based on the results of work in small groups)

The main factors determining the flood flow regime of the river valleys in the Pre-Carpathian region, and particularly the Dniester River, are as follows: