Gender in the field of water resources: facts, opinions, communications

Participants of the Dniester project from Moldova and Ukraine learned more about the importance of gender issues for OSCE projects, and discussed their role in the daily work of experts in the water sector.

The seminar in Kyiv brought together 20 women and 4 men, and the discussion on equal opportunities and rights in the field of transboundary water management turned out to be very lively. All participants unanimously confirmed that there are clear gender roles in their professional activities. According to employees of state agencies of water resources, in order for powerful hydraulic facilities to work reliably, physical strength is often needed, so most of the people who do this are men. Women, in turn, perform other important functions – most often carry out calculations, balance sheets, analyze quantitative and qualitative indicators of water resources, and establish interaction with partners.

Despite the importance of the functions performed by both women and men, the picture of gender presence in the labor market in Ukraine, for example, is very unbalanced. Thus, in the field of water resources, over 20 thousand people work, among which women make up 25%. This field is considered traditionally masculine, because 88% of working professions (pumping station operators, observers of hydraulic facilities, drivers, tractor drivers, excavators) are occupied by men. Women, in turn, hold the positions of economists, accountants, lawyers, power engineers, water engineers. Although in Moldova the number of people involved in the water sector is very small, even there one can find a gender imbalance. For example, out of 7 managers, only one is a woman. Of course, many participants spoke about the characteristics of physical activity in support of the current gender situation in the sector, but an approach that united everyone was important: women and men should have equal opportunities to realize their potential and receive decent pay, not be subjected to stereotypical attitudes.

Indeed, many countries have already made considerable progress in overcoming gender stereotypes in professions and positions. In 2018, in Ukraine, a woman for the first time was able to become a rescue diver. Oksana Chekhmestrenko, the heroine of the project “Women of Unusual Professions”, was able to fulfill her dream upon cancellation of the order of the Ministry of Healthcare of Ukraine No. 256 “On approval of the List of heavy work and work with harmful or dangerous working conditions, in which the employment of women is prohibited”, containing more than 400 prohibited for women professions. Now Oksana can study the water depths and save people.

By the way, among the list of professions forbidden for women there were others that related to fishing and processing fish (for example, a woman couldn’t “chop heads of red fish”), maritime transport (to be a member of the deck crew of ships of all types of the fleet – a boatswain, skipper, assistant skipper and an able crewperson of all kinds), river transport (for example, a able crewperson of all kinds of passenger and cargo-passenger ships, etc.). 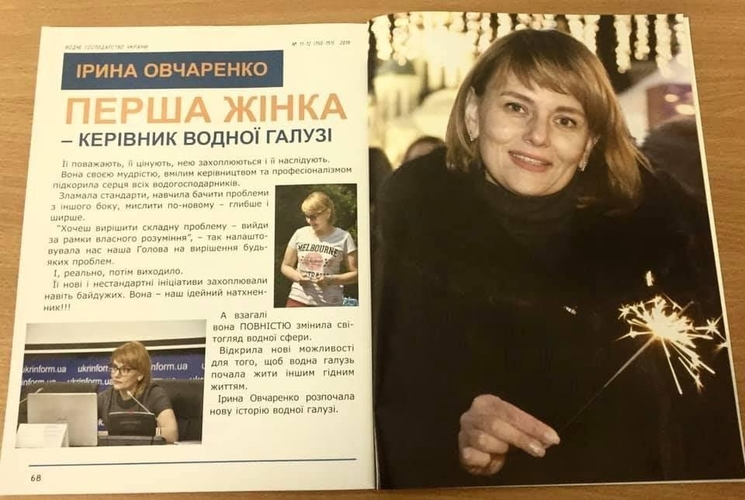 The role of women in decision making in the water sector is also transforming. In 2015 – 2019, the water industry in Ukraine was first led by a woman.This decision was not only an assessment of professional qualities, but also a sign of success in ensuring the equal rights and opportunities of women and men in our society. The theme of water and gender has become an integral part of many international projects. Back in 2000, the Alliance was created at the Second World Water Forum, whose mission was to support the equal access of women and men to safe water and its management, domestic water supply, sanitation, food safety and environmental sustainability. In addition, one of the UN Sustainable Development Goals is gender equality (Goal 5) and access to water (Goal 6). In 2019, in Ukraine, an information campaign around these goals reached a national scale and was widely covered in the media and on the platforms of metropolitan urban transport. 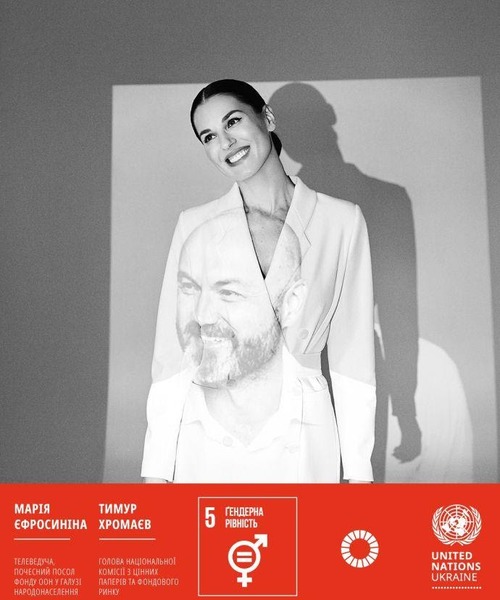 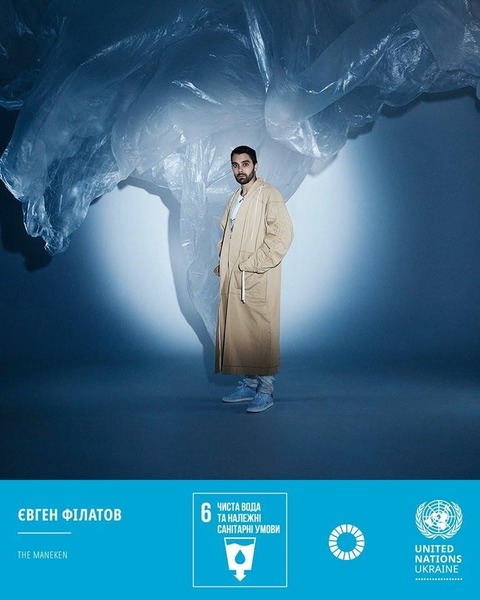 As a result of the joint efforts, the participants of the event developed practical recommendations for ensuring gender equality in the field of water management, including the implementation of an educational program on gender issues, the introduction of a gender equality and non-discrimination policy in organizations, in the workplace, ensuring transparency in the process of promoting employees along the career path, and others.

Professions and positions may differ – some make your head hurt, others – your body. Everyone should have the right to choose these professions and the opportunity to realize their potential.

The seminar was conducted by Tamara Martsenyuk, trainer, PhD in Social Sciences, Assistant Professor of Sociology at the National University of Kyiv-Mohyla Academy, with the support of the Office of the Co-ordinator of OSCE Economic and Environmental Activities (OCEEA, Vienna) and the OSCE Project Co-ordinator in Ukraine.