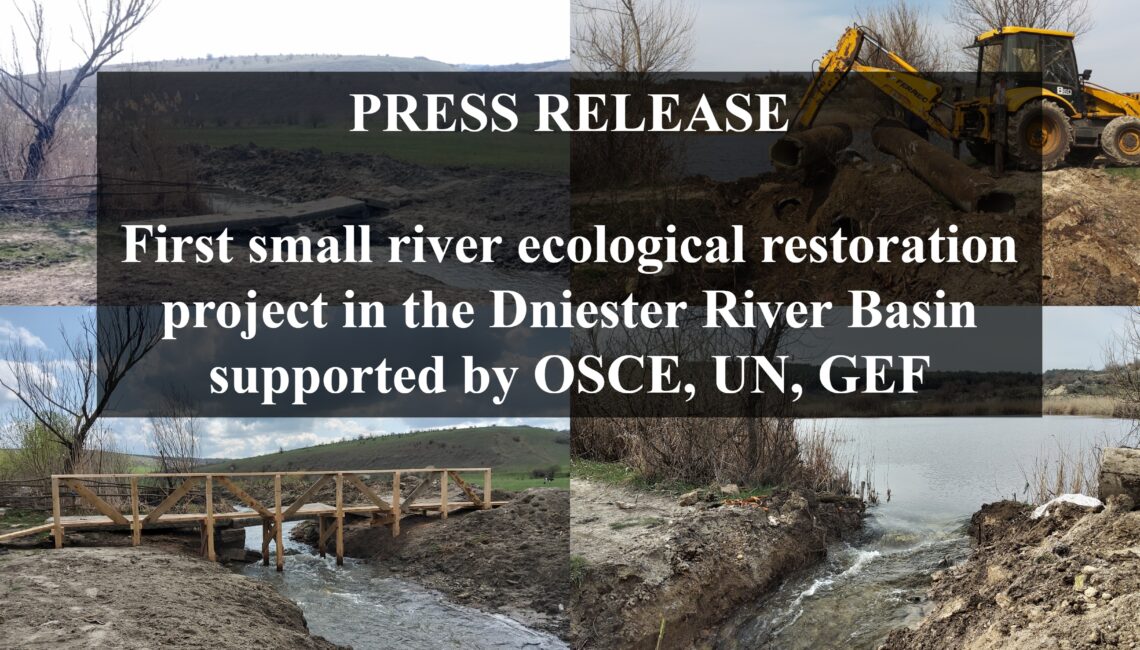 April 27, 2021 – today the project on ecological restoration of a small river in the Dniester River Basin has been officially completed, which, according to the Ministry of Environmental Protection and Natural Resources of Ukraine, will become a reference example for the rehabilitation of small rivers in all river basins of Ukraine. The project was implemented on a section of the Iahorlyk River in Odessa region within the framework of the Global Environment Facility project “Enabling transboundary co-operation and integrated water resources management in the Dniester River Basin“.

Today there are nearly 63 thousand rivers in Ukraine, of which 90% are small rivers with a catchment area of ​​up to 2 thousand square kilometres. Over the past 60 years, many small rivers have disappeared, and this trend is progressing. The main reasons are the intensive plowing of floodplain areas, straightening of channels, uncontrolled and in some places illegal installation of water-retaining hydraulic structures, chaotic construction of the riparian zones and noncompliance with the rules established within the water protection zones and riparian buffer zones. As a result, there is a decrease in runoff, active siltation and deterioration of water quality in many rivers.

This issue is especially acute in the Odesa, Kherson and Mykolaiv regions, which are characterized by critically dry climatic conditions. Although climate change aggravates the situation, the main prerequisite for the degradation of small rivers is an excessive anthropogenic load.

In 2019, the Okny Village Council, with the support of the Dniester project of the Global Environment Facility and the Basin Water Resources Management Authority of Black Sea and Lower Danube Rivers, launched a project for ecological restoration of the Iahorlyk River in the Odesa region. 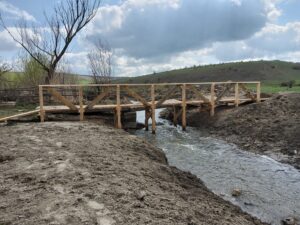 Photo: a section of the Iahorlyk River before and after works to restore the river flow

Unauthorized flow regulation and a large number of obsolete culverts were the main problems of the river section chosen for the project.

To resolve the situation, in the spring of 2021, the streambed was restored through removal of artificial obstructions, clearance of the channel from silt and reed rhizomes, and installation of a culvert in the dam under the motorway between the villages of Dovzhanka and Artyrivka in Odesa region, where the territory turned out to be the most problematic section of the river. The illegally constructed dams were partially liquidated and accident-prone reinforced concrete crossings were dismantled. As a result of a set of actions, the free flow of the river was restored and its hydroecological conditions improved, which over time will result in improved water quality and restoration of the biodiversity of the river ecosystem.

According to experts, improvement of the river ecosystem, subject to responsible behavior of users, will contribute to gradual restoration of meadows, hayfields and pastures, and will accelerate the socioeconomic development of the community. In the future, similar projects can help local authorities increase the recreational attractiveness of their village and neighborhood and increase the likelihood of ecotourism development.

The project was implemented with the support of the Ministry of Environmental Protection and Natural Resources of Ukraine.

Read more on the results of the Dniester project of the Global Environment Facility.