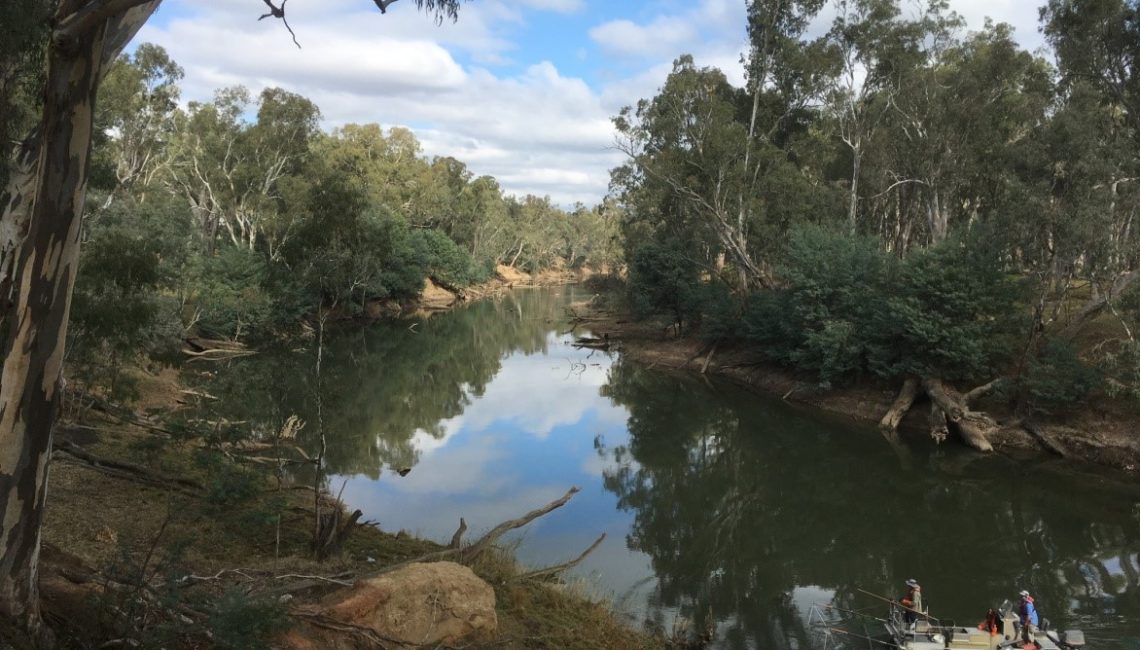 Part 1. Shortly after the journey of the GEF project team

About the Basin in brief

Goulbern (560 km long) and Broken (199km long) basin is a subbasin of the Murray (2500 km long) Darling (1545 km long) catchment, which is the biggest and vitally important river system in Australia.

Water Resources of the GB basin are used for irrigation of numerous orchards and wine yards; pastures of “happy and healthy” cows, sheep and horses; production of electricity; drinking and domestic supply. GB is home for kangaroos, platypuses, birds and fish. People enjoy water sports, recreational fishing and picknicks, this is an area of the Yorta Yorta Nations to the north and Taungurung to the south. Over 200,000 people live in the catchment, 6000 of them are indigenous.

Both Goulburn and Broken rivers starts in the great dividing range , north east from vibrant Melbourne. During the tour we went to popular ski resort at Mt Buller where the Goulburn river starts. Ski resort managers together with environment authorities and GBCMA understand the great value of the state of the catchment at its source and particularly how crucial vegetation on slopes are for keeping snow: if snow melts slowly it means that it feeds in the river downstream slower and for a longer period. Thus the vegetation on the slopes is managed in a very scientific and caring manner. A significant part of funds which skiers pay at the resort are directed for the environmental management there. 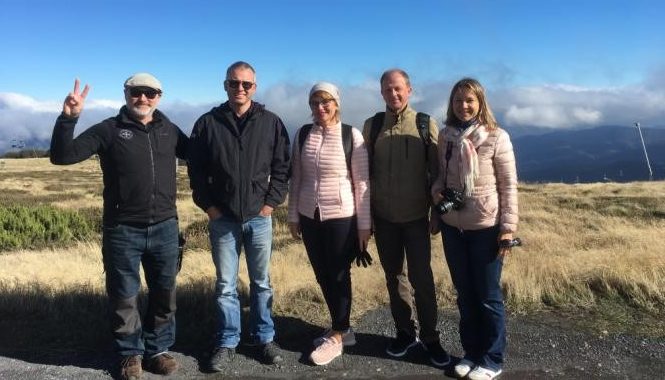 The two rivers flow through hilly and plain areas and discharge into the Murray river. Although GB occupies just 2% of the Murray Darling Basin, the Goulburn Broken Catchment region provides 11% of the Basin’s stream flow. An annual average water flow in the Murray is less than a daily flow in Brazil’s Amazon river.

The Victorian Goverment coordinates development of water allocation schemes. There are two types of entitlements for water:

Entitlements could be carried over to another year. They could also be donated (e.g. for nature).

Entitlements are allocated by the Victorian State Government. The Minister signs the entitlements for each basin and state on an annual basis.

The environmental flows are vital to maintain physical, chemical and biological health of rivers. A 10-year monitoring of the environmental flows demonstrates improvement of the state of populations of native species of fish, platypuses, some birds e.g. an Australian crane known as Brolga here returned to the GB wetlands, submerged and bank vegetation. Environmental flow was particularly beneficial for species after the Millennium Drought.

GB discharges environmental flows water both to the main course of the river (through weirs and dams) as well to 7 wetlands (via the irrigation system) with more in the planning.

There are several types of watering actions:

So called Seasonal Watering Plans are developed for all catchments with environmental entitlements in the State of Victoria, e.g. the one for 2017-18.

A table below describes potential watering actions (locations, volumes and periods) and objectives for the Broken River and upper Broken Creek system in 2018-19.

Environmental watering objectives and water availability may differ depending on seasonal conditions. As much as possible, the State Water authorities seek to meet environmental water demands (and avoid water supply shortfalls) by implementing seasonally adaptive planning. Below is an example of potential environmental watering scheme for the Broken River and upper Broken Creek system under a range of planning scenarios in 2018-19.

Readme! The Australians count water in ML which means that 1 ML is 1000 cubic metres. They also consider water for the environment per year or per day.

A converter of ML/ day into cubic metres/second is here.

In case of very dry years some environmental water entitlements are carried over to another river, i.e. it is crucial to provide water in years after droughts.

Annual analysis of the environmental flows is presented in so called Reflections, see ones for:

For more details, please check out the website of Australia’s Government.